This week we all learned that CDK Global has signed an agreement to acquire AutoMate. Although the sale is subject to approval by the FTC, there is no reason to suspect that the transaction will not be finalized and the DMS landscape will be transformed once again. But are CDK Global & AutoMate strange bedfellows or the perfect fit?

At first glance, it’s hard to understand how these two companies will coexist under the same aegis. AutoMate’s culture seems almost antithetical to CDK’s quest to dominate the DMS space.

When CDK broke from the ADP mothership and went public as a separate company in 2014, it immediately attracted investment from powerful, aggressive and motivated groups whose interests were primarily increasing the value of the company’s stock. Since then CDK’s value has more than doubled and the future looks promising.

At the Gillrie Institute, our everyday business is helping dealers make the right decisions about their technology needs and making sure that each client gets the best possible value for his or her investment. For most of the 25 years that we have been assisting dealers, most dealers have tried to avoid switching DMS vendors. For good reasons. Although most initially expressed some dissatisfaction with their incumbent provider (usually over costs or poor service), only very few eventually saw fit to undertake the protracted and arduous task of retraining their staff and implementing another vendor’s technology. The high direct costs of change when combined with the disruption it causes had the effect of protecting the hegemony of CDK (formerly ADP) and Reynolds & Reynolds, thereby limiting the intrusion of other vendors into the space.

Over the past two years however, things have changed significantly. Starting in 2015, an increasing number of our dealer clients have made the difficult decision to change and, unlike in the past, CDK and R&R were not the usual beneficiaries. Cox Automotive’s DealerTrack and other DMS vendors, especially AutoMate, have competed and often won the contest for every larger dealer groups’ business nationwide. In some cases, dealers were driven by the desire to reduce costs but others found different reasons to change.

Dealers today employ a vast maze of interconnected tech solutions and DMS is just one component of the suite that dealers need to compete – constant evolution is the absolute imperative. Our clients have increasingly complained about their inability to freely choose from the plethora of third party providers that vied to fill their needs. Both CDK and R&R require third party vendors to be certified and part of the process is to pay the DMS vendor for the privilege of integration. There may be good reasons (like security concerns) for the certification process but dealers increasingly see it as a grab for revenue and a restriction of their options.

As dealers have looked for less expensive solutions to satisfy their DMS needs, AutoMate has seen growth in the so-called “lower end” of the market. Often, a dealer saw AutoMate DMS as a viable alternative for about a third of the cost. That factor, when combined with their exceedingly dealer-friendly ethos (that included free system enhancements for life, no long-term contracts, low fees to integrate with other solutions, exceptional personal service), put AutoMate at the top of the smaller dealer’s shopping list over the years. The development that could not be ignored was that larger dealer groups also began to move in their direction.

CDK (and ADP previously) have struggled to service the low-cost end of the market. Their previous Web 1000 and current DASH offerings have been very poorly received. Having failed to attract an audience in this segment, CDK’s move to acquire a successful player like AutoMate could be a transformative stroke of genius. The question is: What’s next?

Questions on Your Mind?

Dealers want to know if CDK plans to let AutoMate continue its successful run by leaving in place the culture that made it distinctive. Will prices rise, contracts appear, integration fees be levied and service deteriorate? These concerns were on the minds of numerous dealers who called us after the announcement of the acquisition.

Our clients wanted answers and we decided to ask the people who would know: CDK’s top management. We spoke with CEO Brian MacDonald and other senior executives via telephone on Thursday, 25th May, and they had anticipated our questions and our clients’ concerns. It was apparent that CDK has in place a very savvy, adroit and thoughtful team that recognizes that the value of AutoMate is in its unique culture.

Because the CDK /AutoMate deal is not yet completed, specific answers were, understandably, not readily available. We were encouraged by CDK’s commitment to allocate considerable resources to further the AutoMate success. MacDonald seems to know he has acquired a precious asset and he will obviously want to safeguard and optimize the impact it has in the market. CDK has a salesforce of over 300 compared to just 13 at AutoMate. If properly integrated, the synergies are apparent and both divisions could thrive.

Also discussed was CDK’s commitment to vigorous R&D, especially in developing a more comprehensive and accessible CRM along with the other integrated tools that will make their dealers more successful.

The Gillrie Institute suggested that the dealer body needed to have a deeper understanding of the firm’s current as well as future plans and policies. Ron Frey, CDK’s Chief Strategy Officer, agreed that better communication with dealers was an essential factor to be considered, both for CDK overall and specifically for the dealers concerned about the AutoMate acquisition. His commitment was to be open and forthcoming with all concerned. The Gillrie Institute believes this candor is the fulcrum upon which lies the future of both companies.

When the transaction is completed (likely in late summer 2017), we will follow up with all concerned, provide our feedback, and disseminate all the relevant information we receive. We encourage all dealers to call on us with questions or issues of any kind. We are here to help!

It is not the strongest of the species that survives, nor the most intelligent that survives. It is the one that is most adaptable to change. 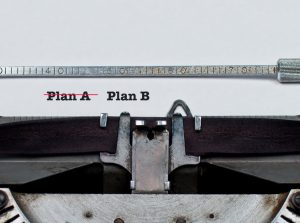 Keeping Your Dealership Afloat and Profitable 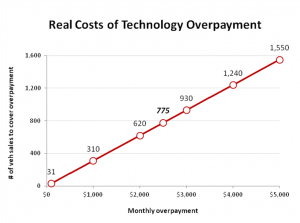 The Real Costs of Overpaying for Technology 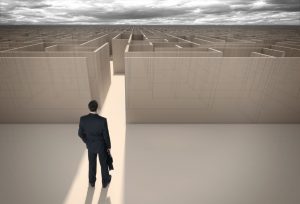